Frailty: I Saw The Light

(Important Note: Do NOT look this one up on IMDB before you watch it - there are spoilers in the casting information, and this is one you definitely want to go into unspoiled.)

Religious faith does a good line in scary movies. That’s pretty much the heartbeat of most films about demonic possession, especially the idea that the existence of real evil serves as a test of faith. Sometimes you get the movies about religious fanaticism, where faith is weaponized to destructive ends. Or even just ones where hapless visitors stumble upon a faith community with very, very different ideas about worship. God is, basically, just as scary as Satan.

Frailty is definitely a movie about faith, but it’s one that breaks a mold or two, much to my pleasant surprise. It’s a well-made, understated story full of uneasiness and dread.

You wouldn’t really know it from the opening credits, though - very generic montages of newspaper articles about a series of gruesome slayings called “the God’s Hand killings” interspersed with old-timey crime-scene photos, all murky and sepia-tinged. Gives off definite direct-to-video vibes.

But stick around, as we open on an FBI office in Dallas, late at night. It’s a big building, but it’s almost deserted, everyone gone home at a civil hour. But Agent Wesley Doyle is working late. He’s the agent in charge of the God’s Hand case, and he’s short on leads. Agent Hull tells Doyle that there’s someone here to see him - someone with information about the God’s Hand case. He’s waiting in Doyle’s office.

The man is Fenton Meiks. He’s from a little town called Thurman, and tells Doyle that he knows who the God’s Hand killer is. It’s his brother, Adam, and Fenton’s willing to lead Doyle to where Adam’s buried the bodies that the FBI haven’t been able to find yet. So Doyle and Meiks take a road trip, and Fenton begins to tell Doyle the whole story…

…which takes the form of a flashback to the late 70s, when Fenton and Adam are just little kids, living with their dad. Their mother died giving birth to Adam, and dad works long hours as a mechanic, so Fenton pretty much looks after Adam until dinnertime, when their father gets home. Dad’s a decent man - hard-working, firm but loving, and devoted to providing his sons with the best life he can. And one day, their father gives his sons some news: The night before, as he tried to sleep, God sent a vision of an angel to him. This angel told him that he and his sons had been chosen for a special mission. There are demons in this world, the angel says. They look like people, but they aren’t. And it is the mission of him and his sons to destroy these demons.

So their father - their kind, decent, loving father - gathers up an axe, and a lead pipe, and begins driving across Texas, bringing these “demons” home to destroy them. 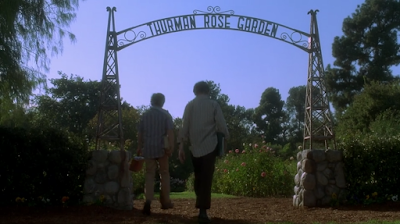 It’s a film, then, about what happens when your father - the man you’ve known and loved your whole life - wakes up one morning firm in the conviction that he must murder total strangers on orders from God. And in that sense, it works very, very well. It’s mostly set in the past, with occasional interludes in the present as Doyle and Meiks drive to Thurman over the course of a dark, rainy night. Were it not for the specific subject matter, it’d feel a lot like a slightly nostalgic coming-of-age story, the kind of film you might have seen in the late 1980s, even though it was made in 2001. So it’s got that same out-of-time feel that last week’s movie did, except this one doesn’t suck.

And part of why it doesn’t suck is because it’s very much about these three characters and the relationship between them. It’s not an especially gory film - most of the violence takes place off-camera, and a lot of the film’s effectiveness lies instead in how all of this is affecting the characters and how they relate to each other. The father never stops being their father - he doesn’t fly into homicidal rages or chew the scenery or start acting crazier and crazier over time. He’s just always their dad, which makes the things he says and does that much more uncomfortable. It’d be easier if he were obviously a lunatic, but he’s the same friendly, firm, loving father that he is at the start, even as he’s bringing home people, bound and gagged, and murdering them. He’s very clear that these are not people; these are demons, and so his essential decency never wavers, and his unvarnished humanity is unsettling. There’s real discomfort in seeing how he tries to get his sons involved as well - this is very much the story of two boys who love their father very much, even as he appears to be sliding into madness, and the two very different ways they process that, so every scene where they help him lure victims and dig graves creates this feeling that we’re watching two young boys be completely traumatized. Over time, Fenton resists it and becomes increasingly estranged from his father and brother, and because younger Adam loves his dad, he believes him, and becomes more and more compliant as time goes on. So this isn’t a slasher film - instead, it’s film rooted very much in a deep sense of dread, as you wonder where this is all headed. There isn’t really a clear villain, either - throughout all of it, their father remains sympathetic, and as things get worse the relationship between the three of them fractures, and there’s a real sense of tragedy there.

Visually, this is a film that manages to be really stylish on what is still clearly a pretty limited budget. Light plays a big role in this film - it slices across the screen, falls across faces, casting half into shadow and half into sharp relief. It pools around the characters as they sit in otherwise darkened rooms, the cold fluorescents of the FBI office late at night a beacon against the darkness outside. The father’s visions from God are marked by rays of light reflecting off everyday objects until they become almost blinding, reading as something mundane that he’s mistaken for the mystical. The daytime flashback scenes play like an idyllic, half-remembered summer reverie, shot in bright colors and soft focus, and the nighttime scenes in the present day are all rain and shadows and fog. The music is fine but nothing noteworthy, the dialogue is believable and the acting consistently good, but it’s the visuals that sell the story the strongest. After all, we talk about faith and the revelations of that faith as “seeing the light.”

That said, it does lose a little something at the end, which maybe goes on a little too long. There are important revelations and a twist that makes us reevaluate everything we’d seen, but it sort of feels like the movie ends maybe three different times and the final scene feels anticlimactic enough to dispel some of the energy it would have ended with otherwise. But overall it’s a skillfully made story about the horrors that emerge from devotion, and the equally horrifying consequences of doubt. Light illuminates and blinds, depending on where it's directed. 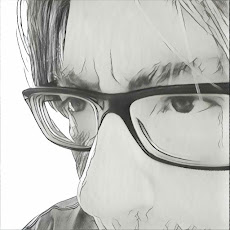